I’m the author of five professionally-published novels (and three self-published) under my own name and many more under someone else’s. I’ve also ghostwritten the biography of a reformed convict-turned-Christian (Taming of a Villain: A Message of Hope, by Allen Langham, Lion Hudson, 2019) and under my own name written a children’s biography of Ada Lovelace (Ada, David Fickling Books, 2019).

I wanted to be a writer in the mistaken belief that it would be quite easy and save me from having to get a real job. Turned out it isn’t and it didn’t. Having had that knocked out of me at a thankfully early age, I could dedicate time to learning and developing my craft while holding down day jobs in publishing (social sciences, I.T., medicine, science fiction) and technical communications. It was that last one which gave me my first taste of ghostwriting. By now I was Documentation Officer for a computer network, with the job of editing and publishing the work of much cleverer people than me, who also by definition were extremely busy and didn’t have the time to write it in the first place. We found that everyone was much happier if I interviewed them about their work and wrote it up on their behalf.

Soon after, an editor I had worked with when writing novels for Midnight Library changed jobs and inherited a YA series by a well-known TV personality that needed a ghostwriter. She thought of me. Since then I’ve earned a living turning the real-life skills of famous people into fictitious adventures. You might not be famous but you’re just as much an expert in your own field as they are in theirs, so maybe I can help you do likewise? 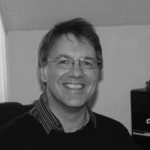