I’m currently working on two projects with authors no one will have heard of. That doesn’t make them nobodies. Far from it. The more I have worked with them, the more I have grown to respect them and what they have done that they want a wider audience to know about.

Are either of them going to be best-sellers? Probably not. Am I going to make much money out of them? Ditto. Are they worth doing? Absolutely. Indeed, it’s a privilege in both cases.

Ghostwriters are popularly famed for the massive amounts of money they get paid by their enormously rich clients. Recent speculation on the fee paid to Prince Harry’s ghost for his forthcoming memoir had envious journalists salivating over seven-figure guestimates. Further down the pecking order, fees can be substantial, and all members of the United Ghostwriters have some remunerative deals on their CVs. And deservedly so. It may seem as though all you have to do is turn on a recording device and then type up your interviews in chronological order, and the job’s done.

But it’s not quite so simple. One of the most difficult things about any book is its structure. Yes, in the case of a memoir, there is a basic chronology, but from the Big Bang of birth, it a life explodes in a plethora of different directions, and progress and achievement follow not set template. Each string of activities, achievements, setbacks and triumphs is unique, and how to display the narrative of a life to its best advantage requires a great many nuanced decisions.

Sometimes you have to borrow the tactics of the novelist or film maker. Any book should grab the reader’s attention – and once you’ve got it, you have to keep it. I started a memoir of a very successful businessman with his being forced from the sky down onto his own helipad after being chased by a police helicopter. While not quite at the 007 level, this was certainly a lot more exciting than being guided onto the hard shoulder by a squad car flashing its blue lights. Most people are going to want to know why the incident happened and what happened next. Spoiler alert: I don’t tell them until much, much later. But I’m pretty sure they’ll be reading with that at the back of their minds till they get there. 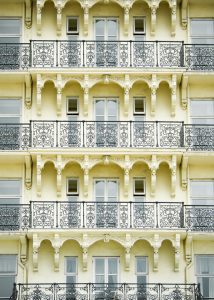 Another client attended the Conservative Conference in 1984. He thought he had secured a suite on the same floor as Mrs Thatcher, but fortunately for him, someone else tookit and was, unhappily, one of the casualties of the IRA bomb. This was simply mentioned in passing in the original draft I was given to work on, but the events were still clear in the memory, giving me plenty of material to revisit the atmosphere of panic and shock experienced by those who were there at the Grand Brighton Hotel.

One of the non-famous authors I’m currently working with did find himself in the midst of a dramatic and dangerous event, and indeed played his part in defusing a volcanic situation before the mayhem got totally out of control. The other story contains no such drama, but its account of coping with a terminal illness in the family will speak to a great many people who are stoically undergoing the same ordeal. I have complete faith in these books, and recently had the great pleasure of securing big-name celebrities to commit to writing forewords for both.

Like anybody else, ghostwriters like a generous commission, but it’s very satisfying to help a worthwhile story see the light of day even if the financial rewards are slight. It’s not all about the big bucks.

The ghost as listener
How to Pick a Ghostwriter