Everybody has their lockdown story. Mine, much to my surprise, is more eventful than I could have anticipated. Inspired by a BBC competition for a short television play showing how people were coping with lockdown, I collaborated with a friend on a piece about two writers who are working on a script together using Skype. They’re having difficulties, firstly with Skype, then 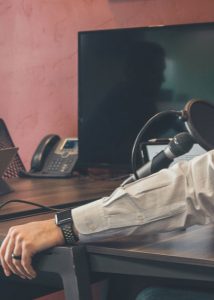 with each other’s track changes and differing perspectives on their characters (‘Nigel’s gay? Where did that come from?’). The relationship turns fractious, and as one is a Liverpool fan and the other a Chelsea supporter, the path from banter to acrimony is short. The Chelsea fan goads his partner with the thought that Liverpool, despite being 25 points clear of their nearest rivals, might be denied their first Premier trophy after waiting thirty years, stirring the mix with misleading quotations about the season being declared null and void.

All good knock-about stuff, and we were genuinely astonished that the BBC didn’t pick it as the winner. Nothing daunted, we set up a company (Stretched Light) to produce and supply audio content, rewrote the play for radio and commissioned two actors to record it for us. We now have a website, a list of other projects, including a podcast series, and have spent many happy hours downloading our Health & Safety protocols, without which no company can take itself seriously these days. (Between us we have agreed that if either of our homes catches fire, we will leave by the nearest door.)

In addition, I have revived another writing partnership to revise the rhyming text of a children’s picture book which had been stalled for a year. Eagle-eyed for metrical consistency, we finally produced something we were both satisfied with, and thanks to a generous intermediary, the finished script is on its way to a couple of agents. Watch this space.

All this from the comfort from my own home, you’d be forgiven for thinking. Well, no, actually. I wasn’t in my own home in the first place, spending the first few weeks of lockdown at my grown-up daughter’s house in the Oxfordshire countryside, along with a friend and the dog. The friend, the daughter of one Australia’s finest cooks, has been brought up with highest culinary standards. The dog is large, and always ready for the wide open spaces, so with long dog walks over the fields and a restaurant-quality meal to look forward to when I got back to base, I was doing very nicely, thank you.

It was a surprise to find myself three weeks ago loading the car with a randomly selected range of duvets, pillows, kitchen utensils and books in the pouring rain – the first we’d seen in ages. I hadn’t planned to relocate – certainly not to Hull. But a drastic change in my teenage son’s circumstances dictated that that was what we were going to do. As I was constantly reminded by the signs along the motorway, this was not entirely in line with the government’s lockdown policy. But then, if you’re getting the news that you’re meant to be staying at home on the motorway, it’s probably a bit late. Anyway, like Dominic Cummings, I had a get-out clause, as my son’s sofa-surfing arrangements had come to an abrupt end, so it was Hull or homelessness. I’d got my speech prepared, but we only saw one police car the whole way, and it was on the opposite hard shoulder dishing out grief to some suspected offender heading south.

Groping around an empty house trying to get the electricity on and the water running – I completely failed with the boiler, so a cold coming we had of it – I did wonder whether this had been a wise move. But after a chilly night, we woke to restored sunshine. A nice man came round and got the boiler fired up, and later on, father and son walked the mile or so to the University and took a selfie of ourselves standing in front of the Philip Larkin Building.

Hull’s second famous poet (after Andrew Marvell) has been the spirit of the place so far. We have tracked down where he lived and wrote most of his best poems over the twenty years of his creative prime. I have also had many long phone conversations with a great friend who just happens to be writing a book on Larkin, promising to give him the full tour when lockdown is done.

Clearly that won’t be a while, so this is the moment for me to join my fellow ghosts in encouraging those who have been contemplating writing a book to make the first commitment to getting their story into print. Notes, old diaries, letters, conversations with other family members – it’s astonishing how much is locked away if you look for it. I’ve been reminded of this recruiting people for the Stretched Light podcast series, My Brush with History. So far I have a friend’s memories of a grandfather who took Goering down at Nuremberg, someone who remembers getting help with his history homework from Winston Churchill, and an estate agent who recalls his nineteen-year old self joining Anarchist protest marches in the streets of Barcelona the week the Spanish dictator, General Franco died in 1975.

Even if you’ve never had a brush with great events or great men, there’s plenty in any life that’s worth contemplating and recording. Exploring the past can be both therapeutic and helpful in resetting aims and ambitions. Here’s a quote that caught my eye recently. It’s by psychotherapist Joanna Mille, addressing the challenges and opportunities of the lockdown: ‘Get to know yourself: write a journal, document your thoughts, start a dream diary… there are treasures to be found in these hidden depths.’

And if you need help with bringing those treasures to the surface in the form of your own book, you know who to ask! We’re here to help.

Not-so-trivial pursuits
How do you measure the success of a book?