It is commonly accepted that starting a book is the most difficult part. It’s certainly a tough moment when you confront the blank page at the top of which stands the legend: 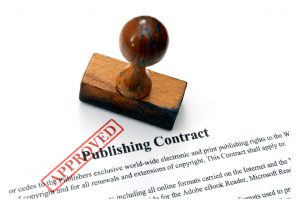 In ancient times – just within living memory – that first page would have been an actual page – of pristine typing paper. But nowadays, it’s going to be a screen, and as I tell my students, starting is just like jumping into a swimming pool. You don’t have to give it the perfect dive. Just throw yourself in and start splashing about. The joy of the laptop is that your text is fluid. You can have a brilliant idea, write a brilliant paragraph, and just park it up until you need it. You can move bits of text around quite painlessly. A typed manuscript was an endless ordeal of Tippex, scrawls of corrections, arrows, crossings out followed half the time by STET (‘Let it stand’). But the majority of twentieth century classics were written on typewriters. And those black and white photos of intense geniuses pecking away with a (French) cigarette stuck in the corner of their mouths were cool. But who’d go back to it today?

I digress, because what I really want to write about is not starting a book but finishing one. At time of going to press I’m trying to put three – or maybe four – to bed, and I thought it might be instructive to describe some of what’s involved.

Let’s take the simplest scenario. There’s a publisher. It maybe a global conglomerate, it may be a one-person independent, but large or small, a publisher brings a host of good things to the party. These include expertise and experience. Add enthusiasm and commitment, and the vibe just gets better. And then there’s discipline. And by that, I mean a deadline. There is a date – in the contract – by or on which (or very shortly after) – the manuscript of an agreed number of words will be delivered by the Author. There are several other pages in the contract which cover all sorts of things that probably won’t happen. (You never know: someone might see your book as a potential Hollywood blockbuster. They’ve just made a film about someone who can’t play golf. What were the chances?)

Anyway, the deadline is the thing that guarantees the book will be written more or less to length and more or less on time. This is fantastic. It focuses the mind of the Author and the ghost, giving both parties something to work towards together.

But handing in the manuscript isn’t the end of it. There’s still so much more that needs to happen. The first thing is that the manuscript is exposed to a second – and a third and fourth – pair of eyes. The publisher will read it and may well ask others to read it as well. This a necessary process, and it can be very helpful. For instance, I’ve just had a reader’s report on one of my three books. Very good, well-written, interesting, amusing – everything you would want to hear. Just one thing, though. Chapters 3, 4, 5. Yes? Well, they’re okay, but they’re too long and they’re in the wrong place.

Looking at the three chapters you see immediately that that’s absolutely right. They slow things down, they are too long, and they do need to come later in the book. And that’s really helpful, because this is the window in which to make the book as good as it possibly can be. And everybody wants that.

Even when the manuscript satisfies everybody, there’s still work to be done. The book will have to be designed. If there are plates, as photos in books are called, permission to use them will have to be sought. If the book quotes a pop lyric, that’ll have to be cleared with the copyright holder – and very probably paid for. Books used in research should be acknowledged. And then there’s the blurb, the two or three electrifying sentences on the back that encapsulate the contents of the book so people rush to the counter to buy it. And the Author biog. And the Dedication. And so it goes on. But with every task ticked off, you’re that bit closer to holding the finished book in your hands.

If you have a publisher, much of the end game is taken out of your hands and there will be a pause before you get your proof copy which is an exciting staging post. By tradition, however many people read it, there will always be one glaring error which leaps out at you the first time you flick through the actual book. It can be corrected for the paperback.

If you do not have a publisher, not to worry. Everything that needs to be done can be done. Self-publishing is so much easier than it used to be and can be a lot of fun. It’s certainly instructive. Take a look at the nearest book to you. Look at the back. You see the blurb, maybe some nice quotes, possibly the author’s mugshot. But below all that there’s a barcode and a long number preceded by the letters ISBN. It’ll be the same with any book published over the last two or three decades. What are they? Why are they there? And how do you get them for your book?

ISBN is the International Standard Book Number, a national and international standard identification number for uniquely identifying books. They’ve been around for quite a long time, but the barcodes are more recent. They are an additional aid to identification, which is of course central to the most important thing: selling. In the modern world practically everything has a barcode. It just helps oil the global market. They’re ugly (I think), but they’re useful.

But where do you get hold of one for your book?

I’m in the midst of doing this for one of the other books I’m easing towards the finishing tape, so don’t get me started. But basically there’s a company called Nielsen, which, after the exchange of several emails and the filling in of various forms, will vouchsafe you a unique ISBN number plus barcode for your book, thus providing its passport to a market of millions of readers worldwide. So it’s definitely worth having.

And, to repeat, if you have sensibly engaged a ghost writer, the chances are they’ll do it for you!

Writing a Book Proposal: Not…
This site uses cookies: Find out more.