How to Cope with Coronavirus

The crisis has rather crept up on us. On me, at any rate. Was it only last weekend I was staying with friends in Sussex? There was a slightly jokey non-shaking of hands, and regular invitations to wash the non-shaken hands throughout the evening. But other than that?

Well, I did get up early next morning to go to church. My host is vicar in a rural parish and was worried he might be spending an hour reading the Gospel to his wife, so I went along to make up the numbers.

No need. At least twenty parishioners turned up, and my friend conducted the service splendidly. The only obvious deviation was that the communion wine was not shared, but my friend drained it for the rest of us.

It was the announcements at the end that signaled the impending changes, starting with warnings that services might be suspended. Then there were plans to keep in touch by all means possible and the offer of help for anyone in need of anything from shopping, the collection of medications to the simple human need for company – even if it was only available on the phone.

I drove home – on a suspiciously empty M25 – but thought no more about it. I had a busy week ahead, starting with a visit to Bristol. But one of the people I wanted to see had a case of the virus in his extended family. Cancelled. Later in the week, I planned to go north to interview a client, only to be told that his business was in lockdown. That trip was also meant to include staying with a friend to 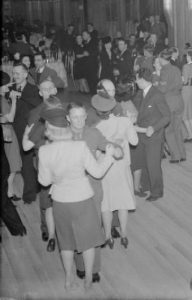 discuss a promising book project. But he is on the NHS board for North Lancashire and was so busy he didn’t even know what day of the week it was.

So here I am, self-isolating in my flat in Wales, with the pubs shut and no live sport in television, just like a huge proportion of thepopulation. How to cope? There’s lots of advice flying around, and those who are suddenly home-schooling their own children are going to need all the help they can get. But I was struck by an article in the Times on Saturday which recommended a positive mind-set. Patrick Kidd said we should follow Winnie in taking an up-beat approach. ‘Not Churchill, but Pooh – the bear of little brain’. Of course, what he should have said was ‘Not ONLY Churchill’, because the great Prime Minister made his philosophy very clear: ‘I am an optimist. It doesn’t seem too much use being anything else.’

It was that mentality that got us through the war; and it will get us through the current crisis. And it’s in that spirit that those with long deferred projects – from refurbishing the bathroom, redesigning the garden, to getting out those dusty notes for that family memoir – should proceed.

Talking of which, I have a box of my mother’s diaries written as a young woman dancing her way through the Liverpool blitz. I should get that down from the top of the wardrobe, and I probably will!

If the facts change, the story changes
10 Tips for Working from Home