“Where did you get that word from?”

“Where did you get that word from?”

When a friend asked the other day ‘How’s the ghostwriting going?’ I just said, ‘Fine.’ As you do when someone asks ‘How are you?’ They really don’t want to know about the ingrowing toenail, that recurrent chest pain you get when you run for the bus, or anything else that may be intermittently worrying you. I certainly didn’t want to know how the accountancy was going.

Maybe I was too casual, because my friend went on to tell me that a number of ghosted footballers’ memoirs read as though 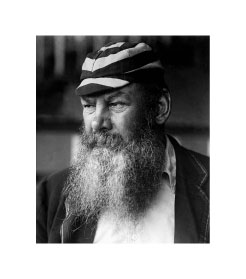 they were simply transcribed from interviews. In other words, a bit of a doddle for the lucky ghostwriter.

Not really. Granted you’re given all the material you need by the client – straight from the horse’s mouth. But that basic gift, which certainly saves you the research you need to do for your own non-fiction book, or the the challenge of creating believable characters and exciting storylines in fiction – relies on the subject having a good memory, the ability to talk well, and a good story to tell.

Many years ago now an acquaintance was commissioned to ghost an autobiography for Mick Jagger. Wow – some gig! What could possibly go wrong? I guess everyone knows the famous quote beginning ‘If you claim to remember the 60’s…’ Well, Sir Mick (as he wasn’t then) certainly was there, but the corollary proved sadly true, and in the end the project had to be abandoned.

More recently, another friend was brought in to save a floundering attempt at a famous comedian’s memoirs. Again, the story had effortless bestseller potential, and there was no problem with the subject’s ability to talk amusingly. Unfortunately he was an alcoholic and could barely manage an hour of lucidity a day, so the book proved impossible to finish.

The subject of my first biography, WG Grace, the sporting superstar of the Victorian era, published four volumes bearing his very marketable name. They were all ghosted and made fascinating reading – especially for his biographer. But they were by no means easy to write. Arthur Porrit, the journalist given the job for one book, wrote about it years later: ‘Grace accepted me as his collaborator with the utmost heartiness [but] the task of getting the material from him was almost heartbreaking…He was a singularly inarticulate man, and had he been left to write his own cricketing biography, it would never have seen the light.’

However, the great man read Porrit’s draft with the close attention he gave the finest bowling. He took exception to the word ‘inimical’. ‘It can’t go in,’ he declared bluntly. ‘Why, if that went into the book, I should have the fellows at Lord’s coming to me in the pavilion and saying, “Look here, WG, where did you get that word from?”’

I think of WG’s quite legitimate objection every time I put my headphones on go through the latest interview with my current client (who has a brilliant memory, talks fluently and has a great story to tell). The contrast between my fabricated RP, expensively rinsed of any regional affiliation, and his robust Lancashire accent reminds me that I’ll have my work cut out to ventriloquise his wonderfully authentic voice convincingly.

And we’re behind with the schedule because he’s always incredibly busy, buying new businesses. And we haven’t yet found that snappy, one-phrase title that is going to get hands reaching out in the bookshops. And then there’s the problem with –

But you really don’t want to know about my ingrowing toenail, do you?

Spilling the beans
What’s the big deal with the small print?

It’s not always good to…

It’s not always about the…
This site uses cookies: Find out more.